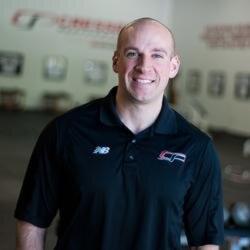 Eric talks about his new program release called Show and Go…learn how and why he came up with this unique training program.

Eric Cressey is president and co-founder of Cressey Performance, a facility located just west of Boston, MA. A highly sought-after coach for healthy and injured athletes alike, Eric has helped athletes at all levels – from youth sports to the professional and Olympic ranks – achieve their highest levels of performance in a variety of sports.

An accomplished author, Cressey has authored over 200 published articles in all. Eric has published four books and co-created three DVD sets that have been sold in over 50 countries around the world. Eric has been an invited guest speaker in four countries and more than one dozen U.S. states.

Learn more at about Eric!!