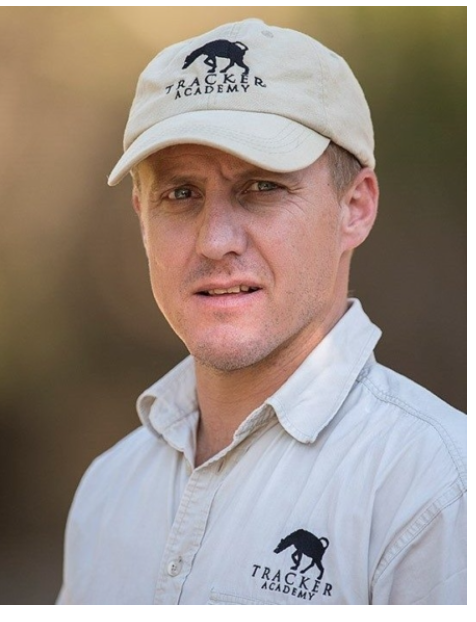 In this episode, we chat with Alex van den Heever. Wildlife tracker, speaker, and author of Changing a Leopard’s Spots.

Alex spent his formative years growing up on a cattle farm in the Western Cape, South Africa. After completing studies in Marketing and Business Management, he joined the world-renowned Londolozi game reserve in 1995, as a game ranger. Alex worked as the environmental manager, presented for the marketing team, and conducted specialized safaris. Alex’s greatest fascination is the traditional skills of wildlife tracking.

He has dedicated much of his life to learning the ancient skill, eventually qualifying as one of a handful of tracker assessors in 2004 – the youngest ever to achieve this feat. Over the last two decades, Alex has tracked jaguars in the Amazon jungle, bears in California, grizzlies, and wolves in Montana, Pumas in Patagonia, and the famous black-mane lions of the Kalahari.

Alex is the Director of the Tracker Academy, an NGO which trains unemployed people in the traditional skills of tracking. He is also the director and shareholder of EcoTraining, the largest private guide training school in Africa.

In addition to his conservation work, Alex has conducted diversity training leading courses aimed at facilitating a better understanding between black and white people working in corporate South Africa.

Alex is the founder of Nhlayisa Nutrition Solutions, a company that produces fortified foods for rural markets and bulk feeding. The company distributes over a million meals per year of its vitamin-enriched products.

Alex is the co-author of the bestselling animal tracking book called the Tracker Manual.

To learn more about Alex, please visit Instagram @alex_vandenheever or on his websites Tracker Academy, Alex & Renias, and Tracking Success.