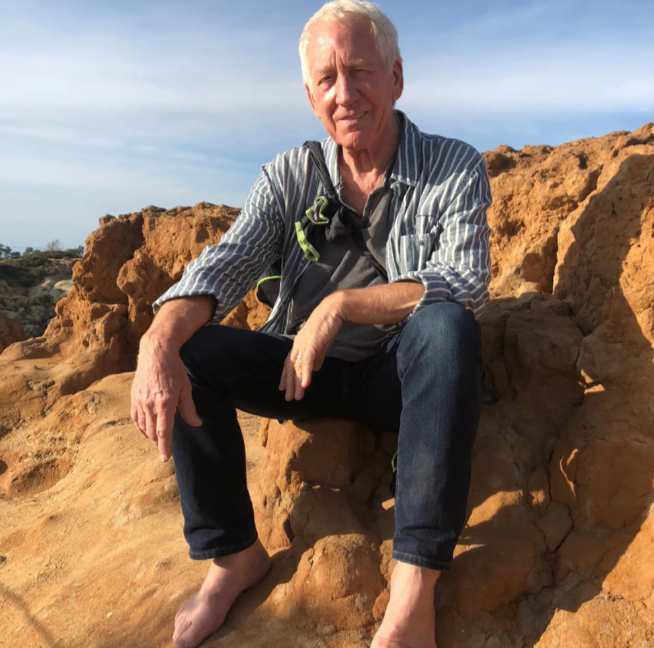 In this episode, we chat with Clint Ober, Earthing pioneer and author of Earthing: The Most Important Health Discovery Ever!

Clint grew up on a farm in Montana where daily life existed in balance with Mother Nature. His childhood days were spent chasing cows, baling hay, and walking the long rows of beets and beans pulling weeds while barefoot.

Of this time, Clint notes, “Everything was about the Earth.” Many of Clint’s friends were from the Native American reservation. He noticed that most things they did were different from what he was told was “normal.”
One time, his friend’s mother told him to remove his shoes when they got home from school. “They will make you sick,” she said.
Clint vividly remembers when the sister of his friend became very ill with a bad case of scarlet fever. Her grandfather dug a pit in the ground and placed her in it. He built a fire near the pit and sat nearby. The girl stayed there for a few days and then arose, much better.
Clint helped pioneer the first-ever cable modem and distribution through personal computers of news reports from news agencies around the world. He was closely involved in the early development of programming and marketing for the cable and telecommunications industries, working with the top visionaries who created Cable News Network (CNN), Home Box Office (HBO), and other major cable networks.
Clint was successful in every way possible, until 1993 when his health crumbled.
It was only later in life that Clint realized that everything his friends’ parents did was based on a much greater knowledge of Nature than he was ever taught.

For more than 20 years, Clint has dedicated his life to improving the health of everyone on earth.  In 1998 after a successful career grounding systems in the cable television industry, he began investigating the potential to improve human health with grounding.

Today, he is founder of Earth FX Inc., a grounding research and development company based in California through which he helped to develop, and patent, the first indoor Earthing products.  His products are used by millions of people every day around the globe to improve their quality of life.

To learn more about Clint, please visit Instagram @clintober . Earthing and Ground Therapy are sold by Clint’s companies on his website Earthing.com and also on Amazon and via other select authorized retailers.