Some Things Never Change: 30+ Years in the Fitness Trenches

I started working out when I was 14 years old in my basement with plastic covered cement weights from Joe Weider. My bench was put together by nuts and bolts and it’s a miracle it never collapsed. My dumbbells had to be secured with a wrench and those big ass square screw heads. I discovered bodybuilding after reading Arnold Schwarzenegger’s Autobiography. Changed my life. I spent countless days and hours in that cold basement going after a dream.

I slowly made my way to a real gym after packing on some muscle and self confidence. I finally outgrew the weight set. Gyms back in the early 80’s were like the Gold’s Gym in Pumping Iron, (antique…lol) not the super fitness facilities you see now with all the amenities. Like a spa resort! It was more hardcore and definitely not full of the types of members you see in clubs now. I saw some crazy stuff in my day with technique, form, nutty routines, stupid exercises, and just plain dumb mistakes. Was it because we did not know any better? I think not…WHY? Funny thing is 30+ years later I am still seeing the same stupid stuff! You would think after all these decades people would know better…NOPE! I guess it’s just human nature to do stupid shit.

So in a little bit of retro flashback memory lane I decide to put together a List of 15 crazy ass things I still see happening in fitness today. Over the course of the next several weeks I will post a few of each. When you go to the gym next time take a look around…you will probably see these for yourself. It’s nationwide:)

And do it begins…

Gotta pump up those pecs man. Line up for the bench presses every Monday. Mostly teenage boys and cocky jerks all clamoring for a shot at the magical 315. Three plates is the goal. Packs of 3-4 guys pushing each other to get a one rep max. Of course by the time they get a turn 20-minutes went by, but hey who cares about intensity? Hell, I did it myself! Now I see it in the gym today and I just shake my head laughing. Some things never change! Oh and did I mention they have legs like toothpicks? lol 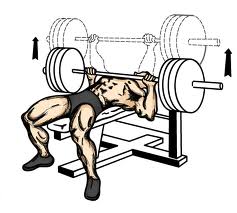 Hey I have a thought. If 30 minutes of cardio is good then 2-hours must be awesome right?! Wrong…I can do it before I workout with weights to get my metabolism going too…Wrong! What is it about marathon cardio that people love so much? I don’t get it. I hate that shit. Does anyone have fun doing it? If they say yes, they are lying. They have to be. Let’s climb a stairmaster going nowhere and lean on the equipment so I can go longer. Try as we might, the long cardio sessions have their hold on people. Like a bad relationship you just can’t stay away from even though you know you should and everybody says the person is a bad influence. Yeah that’s it. Cardio is your dysfunctional relationship. The bad boy your Dad hates and the nasty girl your Mom despises. 🙂 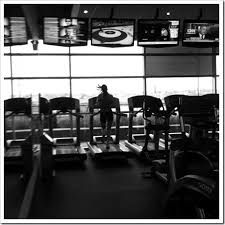 Next post we will cover #3 and #4. Here’s a hint…nobody ever trains them. lol

Visit Stop Chasing Pain on Facebook for some cool stuff and daily posts that blow up some neurons in your brain…get ya thinking a bit! BOOM!