The Where You Think It Is, It Ain’t Circle

One of my favorite quotes is by Ida Rolf, ‘Where you think it is, it ain’t.’

Love the simplicity and truth of it.

Hello patient. Welcome This is a diagram of how I am going to assess you today Shall we begin? Let's roll #stopchasingpain #pain #punkedbypain #movement #whereyouthinkitisitaint #scp #csp

Everything inside the circle impacts the circle. That’s your body as a whole.

Everything outside the circle impacts the circle. That’s your environment.

Muscles change when, how and what they do based on the environment. They never do the identical pattern twice. Why? Patterns change depending on what you did before what you just did. (Read that several times to get it) Meaning? Once you do a pattern your body must respond and that response determines the next pattern. The response always changes, so the pattern does too.

That’s a crazy ass way to say you can’t cookie cutter a movement pattern. You can’t say movement is the same for each person. Observing movement in a lab isn’t the same as observing it in the real world. As soon as you change environments everything else changes. Hell, it’s even gonna change based on what you’re thinking.

Here a three simple takeaways from the circle 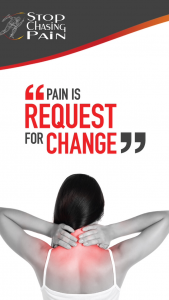 9Miss one part of the circle and stuff just keeps coming back until you get it right. Your body will tell you quick, fast and in a hurry when it likes something. It will also tell you just as quickly when it doesn’t.

Learn more on our website. Join our exclusive membership. Come play and learn with us at our workshops.