There Is Only One

HE IS THE ONE!

Love that line in the Matrix. Well, your body is the same way. IT IS THE ONE! The only one.

That’s a man made map. Our way of trying to navigate the most amazing machine on the planet; your body. A trivial attempt at best.

The body thinks as one. Every task is a full body task

Do we really think when you raise the left arm the rest of the body doesn’t have a say in how it’s raised? It’s myopic thinking like that which takes you down the rabbit hole of continuously treating where it hurts. It never ends.

Our gift of reason is often the very thing that stands in our way of discovery. We tend to over complicate the shit out of everything because we can. The solution doesn’t have to be complicated to work.

Get out of your own way. 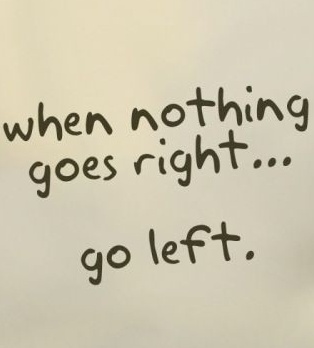 Don’t think outside the box. How about not putting yourself in a box to begin with. Most of the greatest discoveries in science were by individuals who asked the question ‘I wonder if?’

Discoveries that happened by accident or by going down the crazy shit path. Everybody else was going right and the free thinkers went left and didn’t even know it most of the time. Think Penicillin discovered in 1928 by Scottish scientist Alexander Fleming.

Be better than that. Your body expects you to.

So my suggestion for you is to start simply. If one body part hurts check the other (shoulder to shoulder, hip to hip, knee to knee, foot to foot)

Hiltons Law (not the Hotel guy) states, the nerve root supplying a joint supplies the muscles attaching to that joint, as well as the overlying fascia and skin. The nerve level impacts both sides. Sides try to balance each other. Life is about balance. It will steal from one to help another. Victim and thief scenario. Don’t blame the victim, blame the thief. The victim cries (pain) while the thief gets away with it.

Thanks Rocktape for the slide. Taken from their Rockblade course

Pain is a request for change.

The body wants you to change a habit. What about starting with a change in how you think? If treating the site of pain with the so called ‘traditional’ ‘logical’ ‘evidence based’ kool-aid thinking path is not getting you any better, then it’s time to ask the ‘I wonder if’ question. Once all the ‘red flags’ of pain have been ruled out (think cancer, fractures, etc.) you should take a trip outside the box. Sometimes the body is broken and needs surgical intervention, when it doesn’t then it’s take a trip time.

After all it’s YOUR body.

You have every right to try any and all types of approaches to help you feel better. The condescending arrogance of other people to judge how you choose to get better should never stand in your way. The moment someone says you are going down the crazy shit path that means you are usually on the right path.

Take back control of your life and empower yourself to think bigger. You have your own unique body map and your own GPS. No two maps are the same. So break out your body WAZE App and start navigating your way to a better quality life with better movement. I’ll see ya there.

Navigate your own WAZE