Three Things I Wish I Knew When I Was 18

Three Things I Wish I Knew When I Was 18

Ummmm, so yeah I’m gonna be 50 this Halloween. Yes, 50!!! and Yes, Halloween. Sort of explains a lot lol. Holy Hell where did the time go? That old cliche of enjoy every moment because it will be gone before you know it is 100% in your face truth. Mike Tyson said, ‘Everybody has a plan until they get punched in the face.’ Well at 18 I had a plan that didn’t work and at 50 I’ve been punched a lot. I mean a lot 🙂 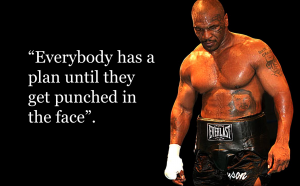 Feels like I was just 18 years old and ready to take on the world. I’ve gone through many roads and challenges in my life along the way. I wouldn’t change any of them because they made me who I am today.

The hardship and pain along with the joy sculpts who you become. No regrets, just lessons. Takes a lot to embrace that mindset. But it’s very freeing when you do. Learned a ton of lessons along the way and felt like sharing a few with you. Perhaps you can learn something that might help you avoid getting as many punches.

Inside makes the outside beautiful

I’ll be honest, for most of life my self worth came from the outside. I was a fat, shy, introverted teenager who hated himself. Once I started bodybuilding and changing how I looked people began to treat me differently. I became obsessed with getting bigger and better. If the outside looked great I felt great. I equated worth with looks and eye candy. It’s only when I got older and realized I changed on the inside more than the outside. I just didn’t see it. Bodybuilding taught me self discipline, sacrifice and commitment. Wish I knew then that it really wasn’t the size of my biceps that changed me, but the process of getting them.

Failure makes you so much better

Experience is something you get right after you needed it. You can’t learn anything without making a mistake. Getting your ass kicked is how you learn not to get your ass kicked. Failure is hard. When I was younger I wouldn’t attempt something for fear of looking silly or not being good enough. I missed out on so much possibility because of fear. Now I run headlong into failing.

I embrace the feeling. Every failure is an opportunity to make a change. When I teach I jokingly tell people that the Universe has one job and it’s to kick your ass! That’s its purpose. It wants to see if you have what it takes to get back up and keep moving forward. Your purpose is to never give in. So go down the fear and failure path. Not many people are there and they will welcome you. I’ll be there to say hi.

Conformity kills your soul. Dare to be yourself. It takes courage to go left when everyone is is going right. The same old shit path never changes. Take a detour down the crazy new shit path. It’s where the mojo lives. I felt a need to be accepted when I was younger. Like I had to fit in. Complacency was the foundation for acceptance. The older you get the realization sinks in that the only one who really matters is being accepted by yourself. It’s not easy that’s why so few do it. Raising your hand and taking a stand takes guts. If you play it safe you get safe. Sure you may fall on your face if you take the leap, but you have no chance of flying until you do.

I’ve got a few more decades in me before I check out and I plan to love every moment. It’s never too late to become who you might have been. Hopefully these three things have sparked something for you. Nothing happens until something moves, so get going and I’ll see you on the crazy shit path.