Top 10 Muscle Imbalances And What To Do About Them #4

There must be balance in the Universe. A Yin to Yang. Good to bad. Left vs right. Up and down. Sith vs Jedi (had to). Neck flexors to neck extensors.

The neck rules the movement road.

The body goes where the head goes. If there is vulnerability in the neck your nervous system puts the brakes on power. It won’t let you green light optimal force production. Oh you won’t feel like you are weaker, but you will be. Split second timing delays make all the difference.

So what are the neck flexors?

It doesn’t take much to dominate over these guys. The SCM is usually a complete mess. Consider that guy on vacation, especially if you had a whiplash type of injury. The other players are not much better. They are hanging out on the same beach with the SCM having a Corona and enjoying the good life of not working.

So what extends the neck?

How much time do you have? It’s a ton. Too much to list. Honestly I don’t want to. Google it. Lol Let’s add them up though. I’ll do that much.

And that’s not including adding both sides. 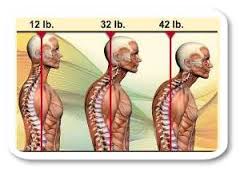 How much does your melon weigh?

I’m gonna lay it on the line here.

If you have pain anywhere in your body you have a neck problem. Notice I did not say neck pain. Pain only tells you there is a problem it doesn’t tell you anything about what it is. If you just treat the site of pain shame on you. I jokingly say that if you’re standing in front of me asking for help in any way shape or form I’m looking at your neck.

How can I make such a statement? Because I see it every damn day. And I’m gonna stick by it.

What can you do about it? 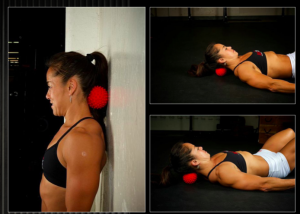 Release the muscles of the neck with a roller or ball. Loosen those tight muscles up. Particularly at the base of the skull. That’s a hotbed of overactivity there.

Lie on your back. Squeeze your glutes and then flex your chin to chest. 4-seconds up. Hold 4-seconds. Release 4-seconds. Repeat 4x.

Bring your head into flexion again with chin tucked tight like you are making a double chin. Think Fat Bastard. That hits the Longus Coli muscles. The deep neck flexors. 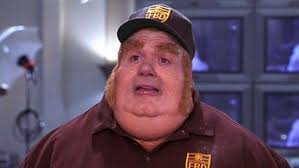 There ya go. Oh and don’t hold your breath when doing these because that’s cheating.

If it’s too difficult, elevate your head on a pillow and start from there. If it’s painful stop. You ain’t ready for this one yet.

May your neck flexors be with you. (I had to again)

Next up…low back extensors to abdominals