Top 10 Muscle Imbalances And What To Do About Them #9

This relationship is a powerhouse of chaos in the neck. It’s one of the top things I find in people with chronic neck and mid-back pain. Hell, it’s so powerful it bleeds into the rest of the body. Why? The neck rules the movement road. The body goes where the head goes. The Sternocleidomastoid (SCM) is deeply entrenched in most of the fascial force lines of the body. If it connects to it, it patterns to it

“The chief function of the body is to carry the brain around.”

If the head and neck are vulnerable the rest of the body pays the price to keep it safe. What’s vulnerability?

If the head and neck are vulnerable the rest of the body pays the price to keep it safe. What’s vulnerability?

If the nervous system perceives a maximum effort muscle contraction will cause injury it can limit the neural drive to the muscle, making full contraction impossible, regardless of conscious attention.

What’s the role of the SCM?

It does a ton of stuff. It’s the Wizard of muscle actions. 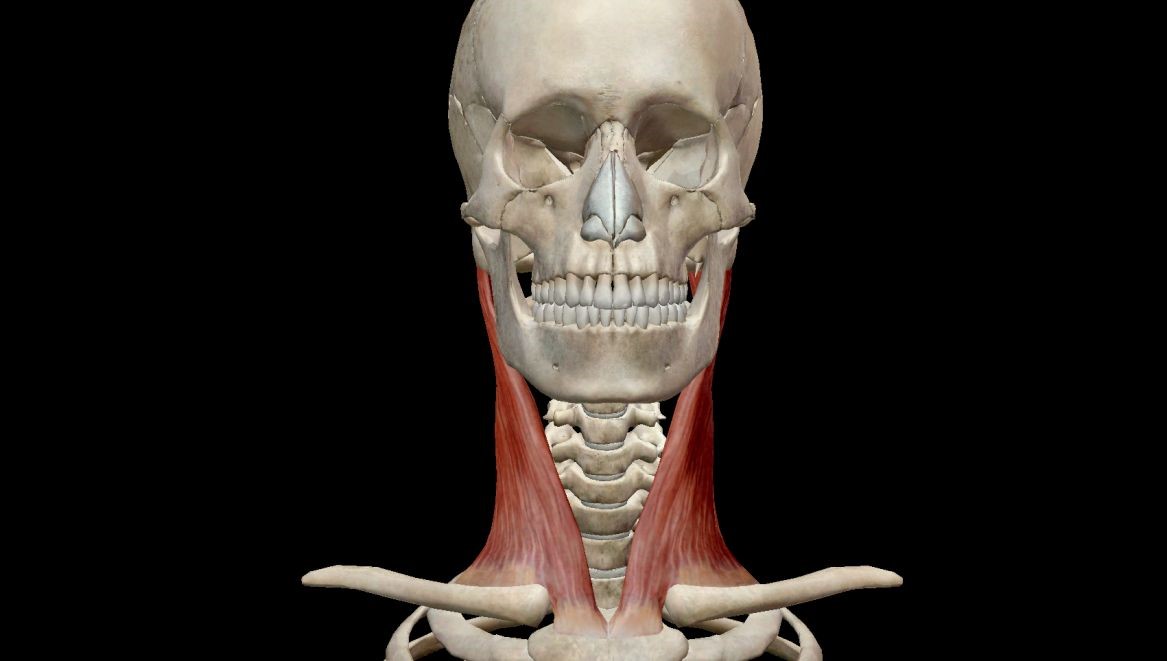 What does the Levator Scapula do?

Elevates the scapula
Downwadly rotates the scapula
Laterally flexes head and neck to same side
Rotates the head and neck to the same side
The SCM and levator are functional synergists in head/neck lateral flexion and rotation. They work together. For example when you rotate your head to the left you are using the left levetor scapula and right SCM. What happens if one doesn’t work enough? Well then the other one takes over the load.

Eventually it gets upset from doing all the work and lets you know by hurting. Pain is a request for change. Your body wants you to change something. It’s usually movement and habit.

Why does this domination happen?

Honestly it could be for any reason. The neck is a vulnerable piece of real estate. Sleeping habits, trauma, lifestyle at work, or just the chaos from life.

Because of a weak sternocleidomastoid you get levator scapula taking over. It’s usually always jacked up and never seems to relax no matter how much you massage it. That’s because you need to focus on the SCM. The SCM usually doesn’t hurt until you squeeze it. Then it can be freaking awful. It’s most often tight and weak.

What to do about it.