Why Play Makes You A Better Athlete

Play is a profound biological process. It has evolved since the beginning of time in most animal species to promote survival. It shapes the brain and nervous system making us smarter and more adaptable to the environment. If you can’t adapt to the environment, you die.

Humans are extremely adept at adapting to their environment, or at least we used to be. The current culture of sitting, sedentary lifestyle and overall lack of movement is slowly killing us. It’s happening so gradually you don’t even notice it even when the body is constantly giving warning signs. Here are just some of the signs? These signs are common but they are not normal.

I don’t know about you but I don’t want any of these! 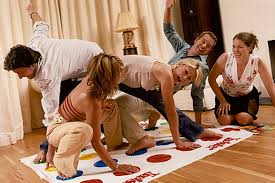 Here’s the moment where most people say, ‘But I move, I exercise all the time.’ Well, exercise isn’t movement. Exercise is just one form of movement, and it’s usually the same repetitive action done only several days a week for an hour at most.

What are you doing the rest of the day and week? The key is to move more of yourself more often. How much variability is there in your daily movement? Can you let your mind go and just be in the moment not thinking about how you are moving.

There is no wrong way to play. When we are engaged in play, we lose the perception of time. We stop worrying about whether we look good, awkward, smart, stupid or silly. You stop thinking about thinking. Talk about the freedom of getting out of your own way.

Three things influence how we move:

Here are three reasons to start doing more of what you were designed to do.

You aren’t locked into a rigid way of doing things. In the world of movement and sports performance we call this the three V’s: variability, variety, variation. The ability to control your body in all situations makes you a better athlete and reduces your risk of injury. Exposing the body to more sensory environmental input and movement tasks helps us become resilient. The very act of play means you are outside your normal activities. That’s a good thing. The brain gets bored very quickly. It constantly needs stimulus to keep itself sharp. The brain doesn’t pay attention to boring things. Play is never boring. If you are bored when exercising then you are not playing. Look around at people on a treadmill and you will see what I mean. Winning in an athletic event often comes down to how you think.

Play is practice of key skills needed for the future. It teaches you to make in the moment judgments and then respond to the outcomes. It mimics life. There are no set in stone rules in the chaos of life and there are no rules in true play. Sure we can set guidelines, but that doesn’t mean they can’t be broken. Rules are made to be broken and trust me they will. Play lets us learn about our environment and the rules of engagement. When you have to interact with another person in play and you don’t know what they are going to do that prepares you for making better judgements on the field of competition. There is chaos on the competitive field because you use adapt to not only the situation but the people around you.

If you want to become better at anything you must be willing to fail. Improvement comes from getting it wrong and making subtle changes until you get the desired outcome. Unfortunately we have a fear of failing. We don’t want to look stupid and we in today’s world are programmed for perfection. Grades anyone? The best athletes are the ones who have failed the most. Basketball icon Michael Jordan has a famous quote that sums it up nicely, ‘I’ve failed over and over and over again in my life and that is why I succeed. Just play. Have fun. Enjoy the game.’

The brain changes itself via movement, and lots of it. Play is one of the most advanced methods nature has to allow our complex brains to create itself. To learn by failing. That’s how you learned as a kid, moving and playing with others. Now we sit on our rearends all day not moving and trying to learn by just using the brain. Well duh, that’s bass acwkwards.

Three play action steps to do right now that will make you better at becoming better.

#sharethemojo and sing up for one of our workshops and exclusive line membership for really cool shit! Let’s play.