Ok, suck is a harsh word, but it did get your attention. 🙂

What has to move in order for you to do an overhead squat? Everything!

But hey, we gotta start somewhere so let’s pick a simple antagonistic relationship in the torso to try and make it better.

What’s a common ‘dysfunction’ you see in an overhead squat? The arms fall forward and the hips tuck in tight with abdominals ending up on your belly. 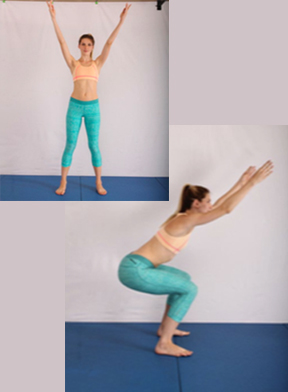 Why might this happen you say? Here’s a few reasons.

*You don’t have the mobility to do it. Hips, ankles, thoracic spine, etc.

*You have poor stability, the ability to control mobility.

*You have poor motor control, the ability to efficiently pattern movement in a given task. (Inhibition/Facilitation)

When you are not stable and you can’t control movement the brain can simply take it away. That’s a mobility block for safety. If you can’t move as much, you don’t do as much. Problem solved for your brain.

Muscles are the brakes in movement. If they can’t slow you down in their dance of acceleration and deceleration the joints must stop ya. They don’t like that, so they hurt ya.

What muscles flex your torso forward since that’s what’s happening in the squat.

What are some muscles that extend your torso?

Think of all those torso flexors as anti-extension muscles because that’s what they are. They eccentrically control torso extension. Placing hands overhead and squatting will throw you back into extension landing on your ass if the flexors don’t help. Your extensors themselves also have to work. A network of fascial tensioning and motor control patterning.

What often happens is Neural Inhibition (down regulation) of your glutei, rectus abdominis, psoai, and multifidi.

Think sitting on your ass hours on end and not moving in helical patterns like we were designed. And life in general kicking your ass. 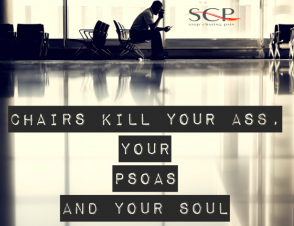 What might your brain say in a squat when you have all these muscles on vacation?

‘No way man. I’m tucking tight and bending forward for safety and your squat is gonna blow. Sorry but I don’t care how your squat looks, I just don’t want to get hurt.’

Tucking really tight into the hips is a job for the iliacus.

So what can you do to help the squat once you release mobility blocks? 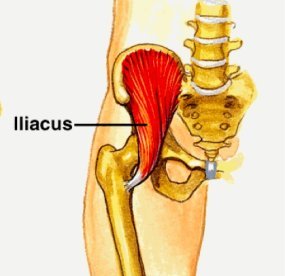 By the way. This is the front of your body

Click here to read my article on the Resisted Rock in Breaking Muscle Magazine.

Stand and squat again to see if it feels different. It should.

What if it doesn’t? It doesn’t mean you are a bad person. It means you learned something, this isn’t the pattern restoration for you. It’s somewhere else. Not everyone has the same cause of a pattern.

Come play with us at one of my workshops in 2107 and learn more cool stuff in our membership video arsenal. Over 400 videos to melt your brain. 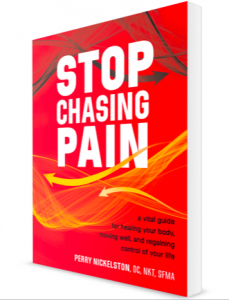 Also you can preorder my book Stop Chasing Pain on Amazon. Click Pic to order.